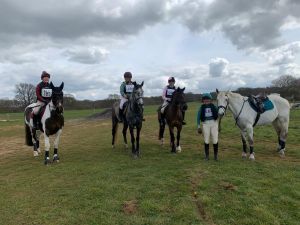 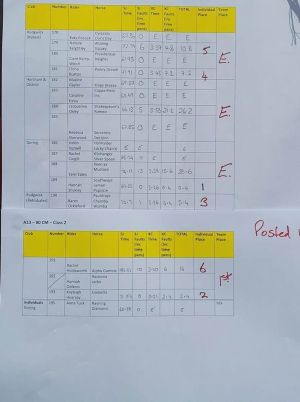 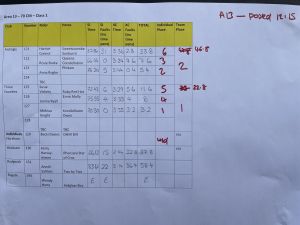 Unfortunately the Combined Challenge Qualifier at Munstead was not one that we'd like to repeat!

In the 70cm we had 2 individual seniors of Beckii Davies and Kerry Harvey-Mason. Poor Beckii didn't even get to the show ground after being let down by her transport company and Kerry had a couple down in the show jumping but went on to do a super clear round the cross country phase.

The 80cm senior team started with Maxine Gayler jumping clear show jumping then sadly parting company with her usually dependable Dougal at the open ditch. Caroline Exley followed close behind and did what she thought was a lovely double clear to be told she'd jumped a wrong fence cross country so was eliminated. Alison Glover on her young horse had a fence down show jumping and a novicey look at the water which knocked them out of the rosettes. The last to go was Rebecca Sherwood going clear in the show jumping but having accumulative stops around the cross country.

In the 90cm Phoebe Harvey-Mason was the only rider from Horsham and sadly she also fell foul of the ditch in the coffin and was eliminated.