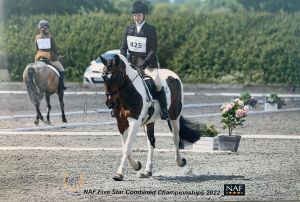 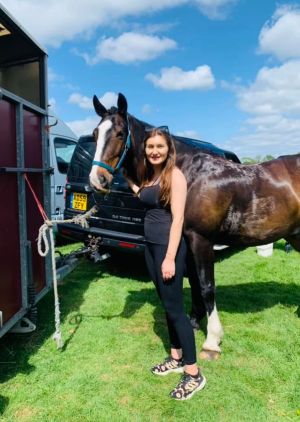 Rebecca Sherwood and Michelle Nash were the only two riders from Horsham going to this Championship both doing a combined training.

Rebecca on Sorcerers Decision did a good test in the Novice 24 to get a score of 31.5 which could have put them in the rosettes but unfortunately Merlin had other ideas and took a real dislike to one fence which resulted in elimination.

Michelle on her horse Brian's Pride said he was very excited during the Novice 30 and got a score of 42.5 but went on to jump a super clear round so finished in 9th place in their arena.

Both of them really enjoyed their trip to the Championships and did a great job of representing the club.