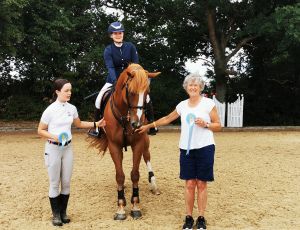 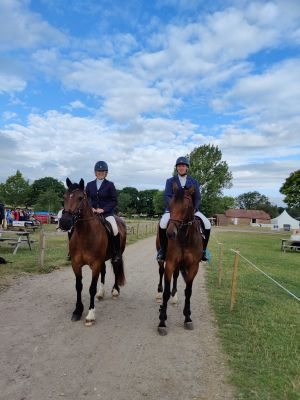 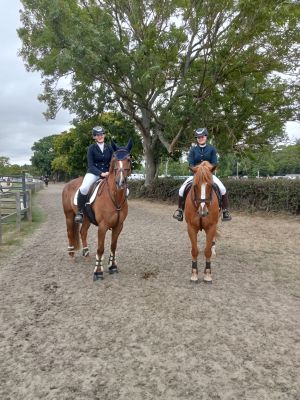 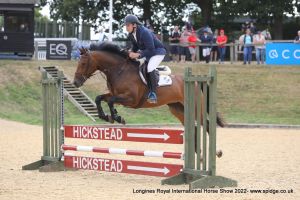 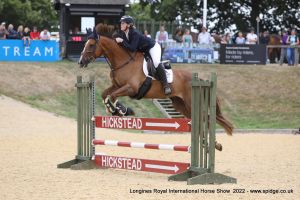 Phoebe Harvey-Mason on Star of Comet

Today we had 2 teams competing at the Royal International Horse Show at Hickstead doing the BRC Teams of 3 show jumping.

The first rider in each team jumps an 85cm course, the second 95cm and the last at 105cm. There were 52 teams taking part this year and once again the winners were the only ones with 3 clear rounds. This meant that the teams on 4 faults were placed depending on how fast the 3 rounds were which meant the Happies came 5th.

All had a lovely day